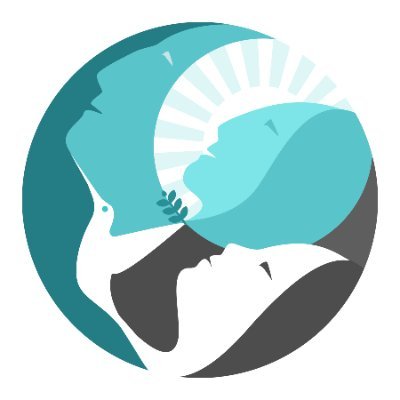 Fifty years after Roe v. Wade, the Abraham Lincoln Brigade Archives (ALBA) announces that the 2023 ALBA/Puffin Award for Human Rights Activism will go to Indigenous Women Rising (IWR). One of the largest monetary awards for human rights in the world, the ALBA/Puffin Award is a $100,000 cash prize granted annually by ALBA and the Puffin Foundation to honor the nearly 3,000 Americans who volunteered in the Spanish Civil War (1936-1939) to fight fascism under the banner of the Abraham Lincoln Brigade.

Now, IWR creates the space for Indigenous people to tell their stories on their terms as an act of resistance, self-love, and love for ancestors and family. They reclaim what colonialism and white supremacy have tried to take away: identity, culture, tradition, and language.

“The Supreme Court’s deplorable Dobbs decision that stripped away federal privacy and reproductive rights is yet another horrifying setback for those seeking to manage their own bodies and health. But the impact of such decisions has always fallen hardest on marginalized populations. That’s why the work of Indigenous Women Rising is all the more impactful and important to support. We’re honored to be presenting this year’s ALBA/Puffin Award to them for their targeted, meaningful work that honors the inherent health rights of Native and Indigenous People.” said Neal Rosenstein, President of The Puffin Foundation

“Indigenous Women Rising (IWR) is honored to receive the ALBA/Puffin Award for Human Rights Activism,” said Rachael Lorenzo, Executive Director of Indigenous Women Rising “Indigenous people’s rights throughout the world have been trampled by colonialism, disrupting our connections with each other, our children, our land, and all other living beings. Our work is built on our own traditional Pueblo and Apache values that our matriarchs are powerful and our children are the future. Abortion has always been a part of our story and our right to our own bodies is the most sacred thing we have. We knew, based on our individual life circumstances, and the threat of war, famine, or pending migration, can alter an individual’s decision to terminate their pregnancy. It’s not so different than now. We will always make sure our people have access to the care they want, whether it’s abortion or prenatal care because we believe denying our sexual selves is inhumane.”

“We are privileged to have Indigenous Women Rising as the recipient of this year’s ALBA/Puffin Human Rights Award,” said Jack Mayerhofer, chair of ALBA’s Human Rights Committee. “IWR is tirelessly advocating and working for reproductive justice for those whose human rights have been unacceptably curtailed both before and since the reprehensible June 2022 decision. Due to centuries of systemic and deep-seated racism, Indigenous communities across the United States and Canada have for too long been denied the health care and justice they deserve, and this is only being made worse by Dobbs v. Jackson. We are honored to partner with an organization that so boldly combats this racism and fights for the healthcare and reproductive rights of Indigenous communities.”

The event was broadcasted live on ALBA’s Facebook page.

On the one-year anniversary of the horrific assault on our nation’s capital, the Abraham Lincoln Brigade Archives (ALBA) announces today that the 2022 ALBA/Puffin Award for Human Rights Activism will go to Life After Hate (LAH). One of the largest monetary awards for human rights in the world, the ALBA/Puffin Award is a $100,000 cash prize granted annually by ALBA and the Puffin Foundation to honor the nearly 3,000 Americans who volunteered in the Spanish Civil War (1936-1939) to fight fascism under the banner of the Abraham Lincoln Brigade. The award ceremony will take place at a live online gala on Saturday, April 30, 2022.

Due to the alarming rise of fascism in America, as witnessed one year ago in Washington, ALBA and The Puffin Foundation renew their commitment to combating far-right extremism. LAH is an organization whose mission is helping people leave the violent far-right to connect with humanity and lead compassionate lives. Their vision is a world that allows people to change and contribute to a society without violence. The work of LAH will help ensure that the horrendous events of January 6 are never repeated.

Life After Hate is a leader in the violence intervention community and the first nonprofit in the U.S. dedicated to helping individuals disengage from violent far-right hate groups and hateful online spaces. Since its founding in 2011, LAH has expanded its services to include family members of individuals who are involved with or are disengaging from the violent far-right.

A central part of the LAH mission is their innovative approach to interventions. A multidisciplinary team model pairs former violent extremists and mental health practitioners to help individuals leave hate and violence frameworks and to set and manage their goals to restore their lives.

“The work and message of Life After Hate has never been more valuable and more needed. A daily diet of media-infused disinformation touted by self-absorbed politicians spewing far-right rhetoric has led to more and more Americans turning to violence and hate groups. The success of Life After Hate’s outreach, research, and interventions shows that we can overcome this hate and have people reconnect with humanity and lead compassionate lives.” said Neal Rosenstein, President of The Puffin Foundation

Is Awarded to My Brother’s Keeper

Letters of Solidarity from Our Sister Organizations for 2020 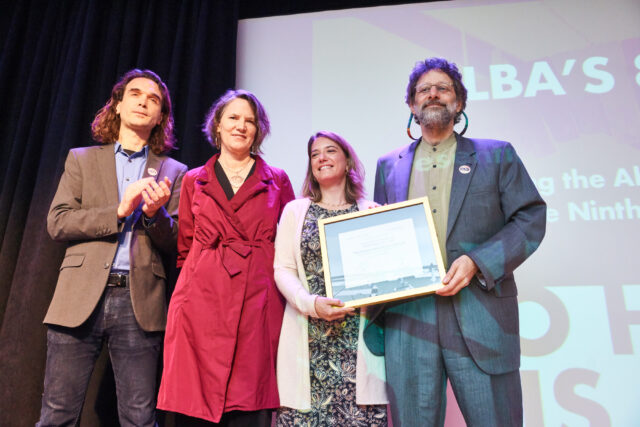 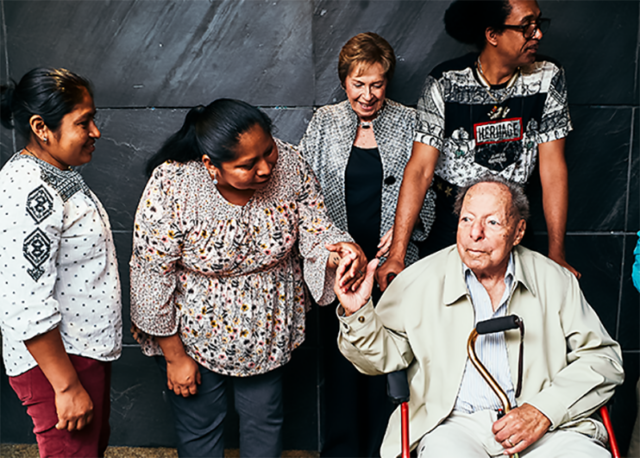 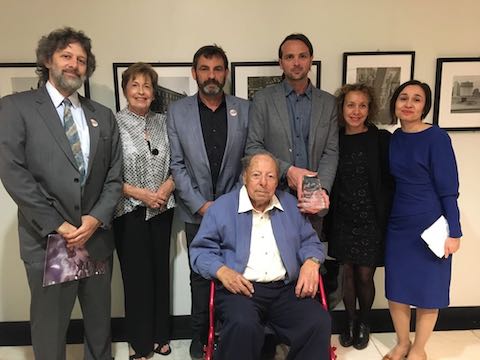 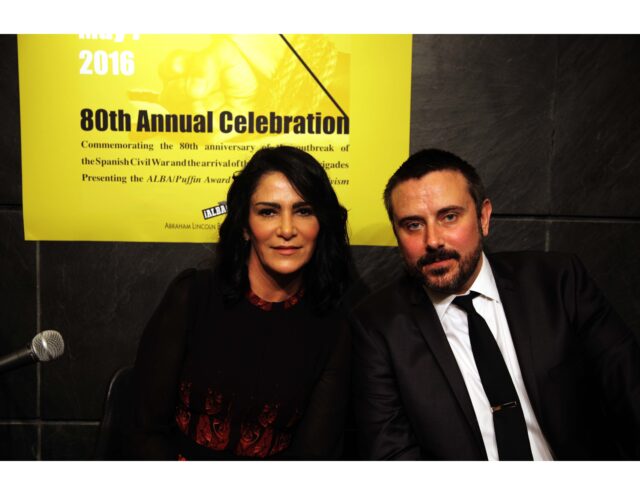 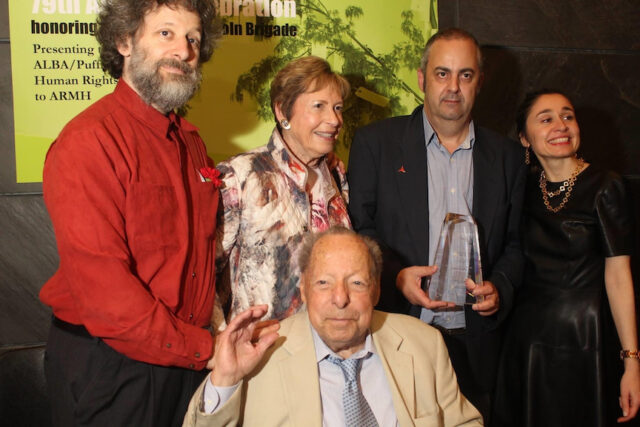 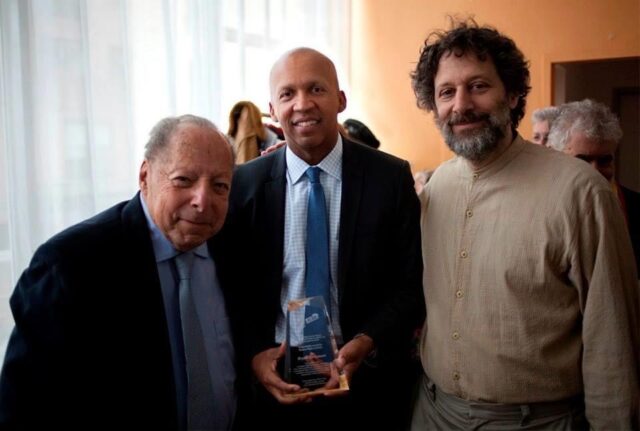 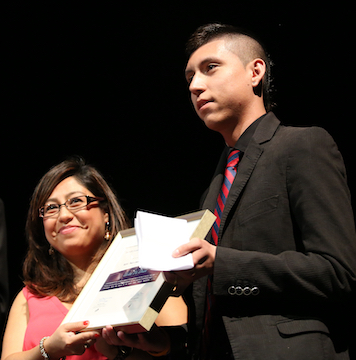 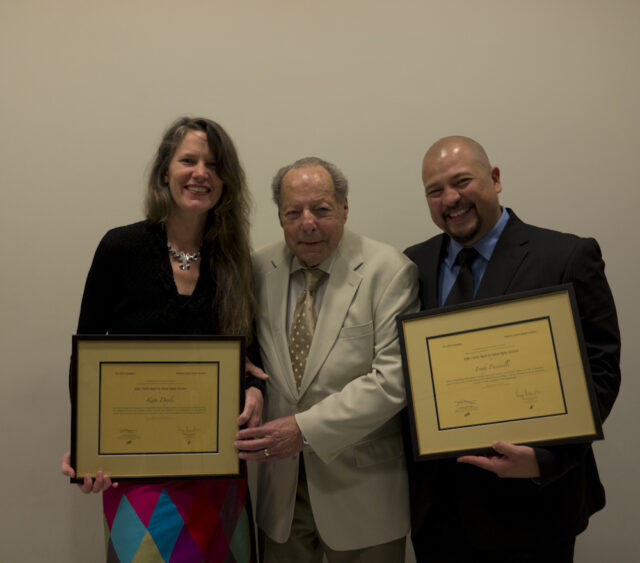 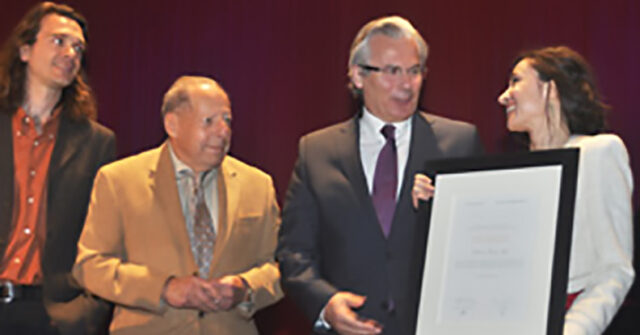