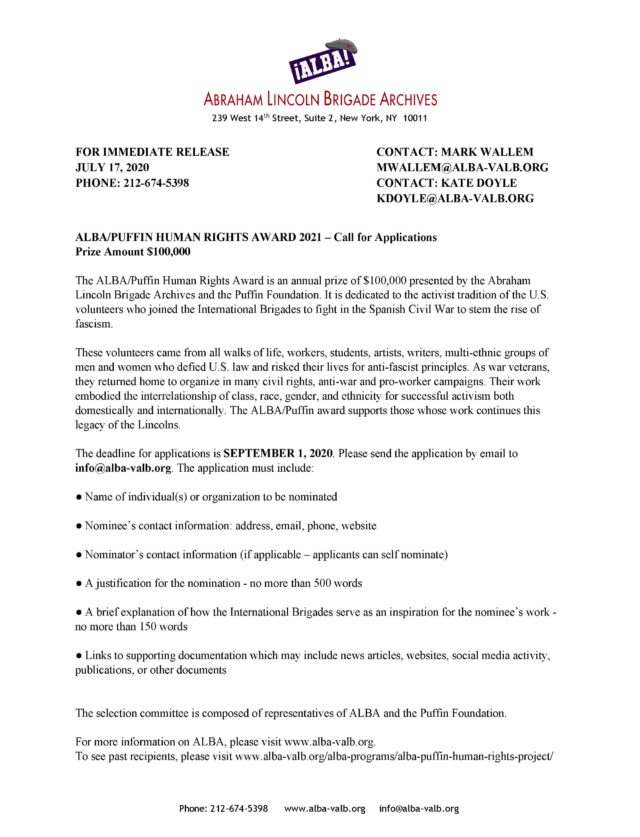 The Abraham Lincoln Brigade Archives (ALBA) honors the legacy of the 2800 Americans who offered their lives to fight fascism in the Spanish Civil War over 80 years ago. ALBA wholeheartedly rejects white supremacy and racial inequality. We condemn the murder of George Floyd in Minneapolis, and the systemic police brutality in black communities throughout the United States. ALBA stands in solidarity with the Black Lives Matter movement and fully supports the protestors who have confronted oppression and injustice.

– ALBA Board of Governors

Following ALBA’s 2020 annual board meeting, we are very proud to announce we have a new slate of officers.

The Lincoln Brigade In The News