“Impunity” at 6:30 pm. Screening includes a short film on the work of the United Nations Peacebuilding Fund in Sierra Leone and Liberia – two countries which have endured two of the most brutal civil conflicts in Africa-  and Q&A with Impuninty’s filmmaker Hollman Morris. Reception to follow.

“Nostalgia for the Light” at 6pm

“Granito: How to Nail a Dictator” at 8pm. Screening includes Q&A with filmmaker Pamela Yates and Paco de Onis.

Tickets can be purchased the day of the event, prior to the film screening, or electronically. (PLEASE PRINT AND BRING A COPY OF YOUR PURCHASE

The festival is co-sponsored by the Puffin Foundation, the United Nations Peacebuilding Support Office (UN/PBSO), the North American Congress on Latin America (NACLA), the Center for Constitutional Rights (CCR),the Center for Justice and Accountability (CJA), the International Center for Transitional Justice (ICTJ) and Icarus Films. 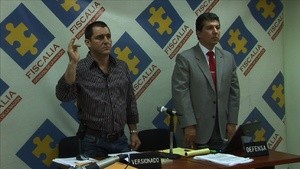 Colombia today: the biggest trial against Paramilitary armies – accused of killing thousands of Colombians – is designed to create “peace and justice.”   Instead the process comes to an abrupt halt when the political and economic interests in the paramilitary war are uncovered. 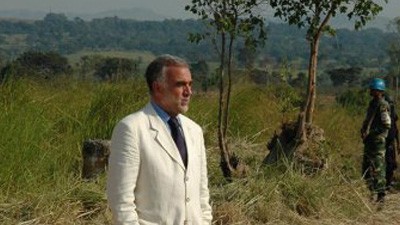 Luis Moreno-Ocampo has one of the toughest jobs in the world. He’s the Chief Prosecutor of the International Criminal Court (ICC), the world’s first permanent court to try individuals for massive crimes like genocide. To victims of atrocities, he’s a hero. To his critics from the Right and the Left, he’s threatening stability and peace. The world’s most powerful nations, including the United States, refuse to join the Court. A fascinating story with extraordinary behind-the-scenes access, PROSECUTOR follows every move of this flawed yet charismatic champion of human rights as the ICC begins its very first trials. Moreno-Ocampo travels to the world’s most violent countries to investigate and prosecute those accused of brutal crimes against humanity. Not shy of controversy, the prosecutor boldly issues a warrant for the arrest of a sitting head of state. But with no police force of his own, Moreno-Ocampo must rely on nation-states to enforce his law. 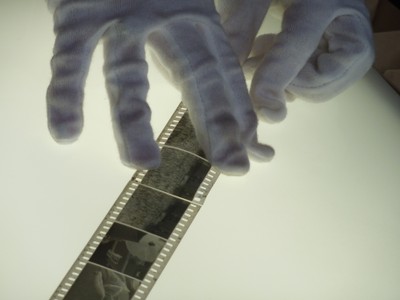 The Mexican Suitcase tells the story of the recovery of 4,500 negatives taken by photographers Robert Capa, Gerda Taro, and David Seymour during the Spanish Civil War. The film follows the journey of these negatives to Mexico – images as exiles, recovered seventy years later. The Mexican Suitcase brings together three narratives: the suitcase, the exile story, and looks at how people in Spain today address their own past, 30 years after transition. The Mexican Suitcase addresses the power of memory and asks who owns our histories? 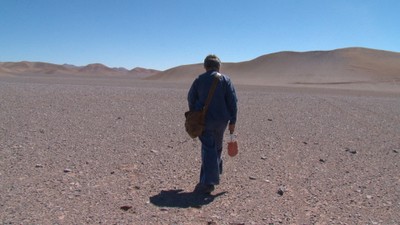 For his new film master director Patricio Guzmán, famed for his political documentaries, travels 10,000 feet above sea level to the driest place on earth, the Atacama Desert, where atop the mountains astronomers from all over the world gather to observe the stars. The sky is so translucent that it allows them to see right to the boundaries of the universe.

The Atacama is also a place where the harsh heat of the sun keeps human remains intact: those of Pre-Columbian mummies; 19th century explorers and miners; and the remains of political prisoners, “disappeared” by the Chilean army after the military coup of September, 1973. So while astronomers examine the most distant and oldest galaxies, at the foot of the mountains, women, surviving relatives of the disappeared whose bodies were dumped here, search, even after twenty-five years, for the remains of their loved ones, to reclaim their families’ histories. Melding the celestial quest of the astronomers and the earthly one of the women, NOSTALGIA FOR THE LIGHT is a gorgeous, moving, and deeply personal odyssey.

A story of dark deeds, a quest for justice, and ultimately the power of collective action. As a young filmmaker in 1982, director Pamela Yates went to Guatemala to make a documentary about a hidden war. That film, When the Mountains Tremble, featured a young Maya activist named Rigoberta Menchú who went to win the Nobel Peace Prize. In 2004 lawyers prosecuting an international genocide case asked Yates to comb through that historic film and its outtakes for possible evidence to be used against the same dictator, Ríos Montt, who spoke to her on camera 3 decades before. Suddenly the old footage took on a second life.