The Spanish Civil War (1936-1939) provides an excellent opportunity to introduce students to enduring problems of United States history and foreign policy. Against the background of isolationism in the 1930’s, the outbreak of the Spanish Civil War in July 1936 forced the American people and the U.S. government to face the question of intervening in a foreign war. Such questions have affected every generation of Americans in the 20th century. In 1931, Spain established a Republican form of government. 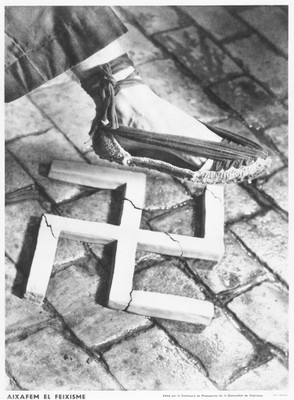 Five years later, the Spanish military leader, General Francisco Franco, with the support of the Church and aristocracy, led a rebellion against this elected government. Hitler and Mussolini gave substantial military aid to Franco, but only the Soviet Union provided assistance to the Spanish Republic. Isolationism was the prevailing mood in the U.S. during the 1930’s. As the rise of Fascism in Europe posed an ever increasing threat to democratic societies, the Spanish Civil War challenged the American people, and the Roosevelt administration, to re-evaluate the role of the United States in international politics. Americans faced the question of how to respond to this crisis abroad. Should the U.S. maintain strict neutrality in the hope of avoiding another world war? Did the U.S. have a moral responsibility to send military and humanitarian supplies, or even troops to Spain? If some intervention was called for, on which side should the U.S. intervene?

The United States chose to maintain strict neutrality and passed laws to support this official policy in regard to Spain. This response was controversial. A few American men and women were so compelled by the danger of Fascism in Europe, and the immediate threat to the Spanish Republic, that they chose to defy these laws. Some 2,800 American volunteers formed the Abraham Lincoln Brigade and went secretly to Spain to fight on the side of the Republican army. Their story is one of courage and commitment. It reveals a willingness to step outside the political mainstream and to take a dangerous stand on ideological and moral grounds. This lesson introduces the story of the Lincoln Brigade in the context of U.S. foreign policy between the wars. 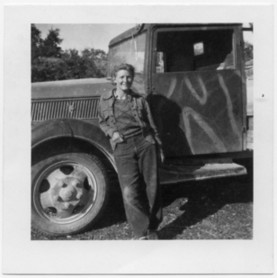 These American volunteers were aware also of the social injustices in their own society. Several lettersin this packet reveal a bold defiance of racism and prejudice that kept African-Americans and other minorities in second-class status. The Lincoln Brigade was the first fully integrated army in U.S. history. Traditional gender roles were, for the most part, unchallenged among the American volunteers. Men volunteered for combat; women volunteered for medical duty as nurses. Unarmed, and stationed close to the front line of combat, these nurses endured the horror of war, demonstrating tremendous courage and ingenuity in the midst of battle. Evelyn Hutchins expressed her feminist ideals by insisting on serving as a truck driver. Initially, she faced stiff resistance from the male leadership of the Lincoln Brigade, but she won her case and gained the confidence and respect of her male comrades.