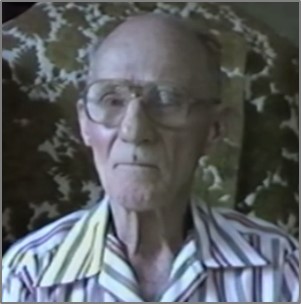 Amery, Alfred Leopold b. January 6, 1906, Newton, Massachusetts; 2 years High School; Prior military service with the US Navy at age 17, discharged at 21, then US Army, serving  first tour in the cavalry for three years, out for two and re-enlisted in the infantry; bought out his service contract after three years; Single; Seaman, Farm Worker, and Waiter; CP 1937; Received Passport# 4146, Boston series, on March 26, 1937 which listed his address as 20 Chaemuag Street, West Stoughton, Massachusetts; Sailed March 31, 1937 aboard the President Harding; Arrived in Spain and entered the IB on May 5, 1937; Served with the XV BDE, Washington BN in training was retained to serve in cadre to Mackenzie-Papineau BN, Section Leader; Served at Fuentes de Ebro, Teruel, Retreats; after Fuentes de Ebro he was sent to hospital for a month for yellow jaundice; WIA at Teruel, hit in the knee; Alicante hospital for a month; rejoined unit just before the Retreats; Deserted during first stage of Retreats at Letux, slipped out on a British ship to Marseilles; sought assistance in returning to the US from the consul in Marseilles, France; Returned to the US on April 28, 1938 aboard the Washington; WWII Civilian; Millworker in a paper mill and civil defense worker; Post war worked with his wife Mary Priscilla in a private kindergarten; d. January 5, 2004, Pepperell, Massachusetts. A short sketch prepared in Spain described Amery as:

Blonde, quiet New Englander, leader of Section 3… hit China as a sailor when only 17 years old, and thinks he might make it again as a soldier in the People’s Army … but first he’s using his several years experience in the U. S. Army (both cavalry and infantry) to defend Spanish democracy … He’s an omnivorent read, seldom leaving the barracks at night.

Source: Sail; Scope of Soviet Activity; Cadre; Inventory North Americans; Mac-Paps; XV BDE, RGASPI Fond 545, Opis 6, Delo 857, ll. 26; ALBA 123 Alfred Amery Papers; Harriman Oral History Collection, ALBA V-48, 007, September 2, 1986; ARP survey response; (obituary) The Volunteer, Volume 26, No. 1, March 2004, p. 21; (unpublished memoir) Amery, Alfred The Perfumed Whorehouse; “Yanks Stranded in Spain War,” Schenectady Gazette, April 20, 1938, p. 5; “Score of Americans Stranded in Spain,” AP, Daily News (NYC), April 20, 1938, p. 287; L-W Tree Ancestry L-W Tree. Code A Biography Alfred Amery was born on January 6, 1906 in Newton, Massachusetts. He joined the Navy at the age of 17. In 1927, he spent three years in Monterey, California, where he was a member of a U.S. Cavalry unit. In 1930, he returned to Massachusetts to care for his mother and re-joined the army in 1932. During the Depression, Amery was introduced to the writings of Marx, Engels and Lenin and developed a left-wing political outlook. Since there was little work to be had and his only training was in the military, he decided to go to Spain and fight for the Loyalists in the Spanish Civil War. As a volunteer in the International Briagde, he was a commanding officer and fought at Fuentes de Ebro, Teruel, Seguro de los Banos, and the first battles of the retreats. During the retreats, he became disillusioned and discouraged with the leadership of the Brigades and the war and managed to leave Spain by stowing away on a British ship. He eventually made it back to the United States and married Priscilla Wright in 1941. Wright operated a preschool and daycare center in Pepperell, Massachusetts, while Amery worked as a carpenter at a paper mill where he helped organize a union. He wrote poetry on both personal and political themes and two autobiographical typescripts about his experience in the armed forces during the 1920s and 1930s, his service in the MacKenzie-Papineau Battalion during the Spanish Civil War, and his introduction to Communist politics. Even though he deserted from the war, he maintained cordial relations with some ALB veterans and was active in the Veterans of the Abraham Lincoln Brigade. Amery died in 2004 and his headstone reads "Veteran of the Abraham Lincoln Brigade."- Courtesy of Tamiment Library. Leopold Alfed Amery, Interview, ALBA V 48-007 (Mixed Materials),  September  2, 1986, Manny Harriman Video Oral History Collection; ALBA VIDEO 048; box number 1; folder number 23; Tamiment Library/Robert F. Wagner Labor Archives, New York University. Photograph: Leopold Alfred Amery, 1986, Harriman Video
City Newton
State Massachussets
Prior Military Service US Navy and Army
Ship President Harding
Vocation 1 Seaman
Vocation 2 Carpenter
Party Affiliation CP
Wound in Action WIA at Teruel