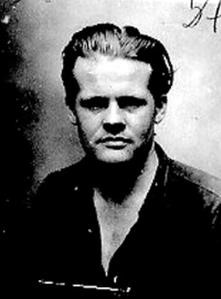 Amsbury, Clifton Holman (“Sunshine”); b. July 16 (26), 1910, Longton, Kansas; father Glenn H. Amsbury, mother Annie A. Amsbury; Graduated from the University of California in 1932 with a BA in Anthropology, 1932-1933 graduate work University of Nebraska; Prior military service in the US Army Air Corps ROTC; Single; Case Aid Worker for State Relief Administration (seasonal); YCL 1937; Received Passport# 30969, San Francisco series, on August 7, 1937 which listed his address as 186 (185) Hillcrest, Berkeley, California; Sailed August 18, 1937 aboard the Aquitania; Arrived in Spain via Massanet on August 27, 1937 and entered the IB on September 1, 1937; Trained at the Machinegun School in Tarazona, September 15 through 27, 1937; Served with the XV BDE, in Reserve October 10 through 20, then assigned to the Lincoln-Washington BN, Co. 1; Transferred to BDE EM, Scouts on December 20, 1937, on March 8, 1938 transferred to XV BDE Special MG Co.; Served at Fuentes de Ebro; Teruel, Segura de los Baños, and Retreats; WIA in right femur, March 10, 1938 at Letux and spent remainder of time in Spain in Hospitals; Returned to the US on December 20, 1938 aboard the Ausonia; WWII US Army enlisted February 1941, stateside and Prince Rupert, Canada; d. May 28, 2007, Richmond, Contra Costa, California. Source: Sail; Scope of Soviet Activity; Cadre; Figueres List; Inventory North Americans; XV BDE; RGASPI Fond 545, Opis 6, Delo 857, ll. 37-43; ALBA 260 Clifton Amsbury Papers, Harriman; ARP Survey response; (obituary) R. H. Bartley, “Clifton Holmon Amsbury, 1910-2007,” The Volunteer, Volume 24, No. 3, September 2007, pp. 20-21; L-W Tree Ancestry L-W Tree. Code A Biography Clifton Amsbury was born on July 16, 1910, in Longton, Kansas, the second of four brothers. From earliest childhood he exhibited an insatiable curiosity about the world around him, together with a marked independence of mind and a wit to match. It is no surprise that he developed a keen interest in the burning social and political issues of his day, heightened by the insights gained from academic training in anthropology at UC-Berkeley and the University of Nebraska. Clifton understood the menace of fascism in the 1930s and, with the Falangist uprising against Spain’s Republican Government, he joined the international brigades fighting to defend Spanish democracy. He arrived in Spain at the end of August 1937, received his basic training in Tarrazona de la Mancha, served with the Lincolns on the Ebro front, and was wounded in March 1938 and evacuated to a succession of hospitals. By the time he had healed sufficiently to rejoin his unit, the international brigades were being sent home. He was repatriated at the end of 1938. Like other surviving Lincoln vets, the remainder of Clifton’s long life was shaped, defined, and inspired by his experience in Spain. He served in the U.S. Army during World War II, married, and together with his wife Shirley, raised four children. He worked for the California State Employment Office until 1971, when he retired to pursue a second career in anthropology, which he taught at Contra Costa Community College for another 20 years until he retired at age 80. All the while he remained steadfast in his support of progressive causes, especially opposition to U.S. interventionism around the world. In 1987 Clifton traveled to Nicaragua with a VALB contingent to deliver Toyota ambulances for the victims of the U.S.-proxy war against the Sandinista Government. To the very end Clifton remained committed to the  good fight. He remains an inspiration to all of us who have been fortunate enough to know him and who strive to continue that noble struggle. On May 28, 2007, VALB’s San Francisco Bay Area Post lost yet another stalwart from its all too rapidly thinning ranks. Clifton had mustered the strength to attend the 2007 annual VALB reunion in Oakland and fully intended to be present for the unveiling of San Francisco’s waterfront monument to Abraham Lincoln Brigade volunteers.—R. H. Bartley Photograph: Clifton Amsbury in Spain, Fond 545, Opis 6, Delo 857.; Clifton Amsbury, by Richard Bermack. 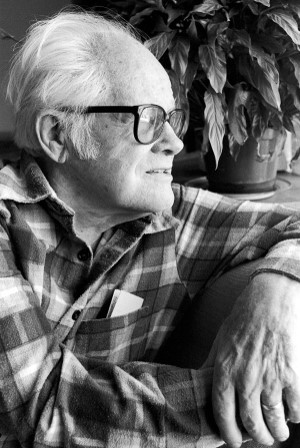