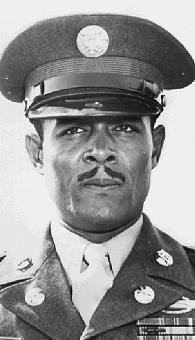 Carter was born in Los Angeles, California on May 26, 1916. His parents Mary, who traced her ancestry to India, and Rev. Edward, Sr. who was born in Kansas, were missionaries. While their son was still a toddler, the Carters embarked on mission work that took the family first to India before they settled in Shanghai, China. Carter was educated in a Chinese military school. He exhibited an early aptitude for the military arts and a knack for foreign languages (he spoke Mandarin, German and Hindi his mother's native language). While still a teen, Carter ran away from home and joined the Chinese Army. He rapidly advanced in rank, earning the rank of Lieutenant before his Commander discovered Carter's true age and ordered his discharge. Carter returned to the United States around 1936 and found employment as a seaman. He decided to enlist in the war to save the Spanish Republic and went to Spain on his own.   Archival records do not reveal his whereabouts during the Spanish Civil War, perhaps because he used an unknown alias. From a subsequent interview he appears to have participated in the fighting around Teruel. According to his biographers, Carter was held as a prisoner of war before escaping and returning home on his own.   Carter reappeared in Los Angeles in 1940. He enlisted in the U. S. Army on September 26, 1941. While training at Camp Benning, he was interviewed by the post newspaper. He eventually was shipped in a segregated unit to Europe. After a long struggle he finally found his way into a combat unit early in 1945. During an engagement with enemy forces in Germany in March 1945, Carter personally killed a number of German soldiers and captured two, despite sustaining six wounds. He was awarded the Purple Heart and a Silver Star. He was honorably discharged from the Army in September 1945. He subsequently worked in the Los Angeles area, before reenlisting in the U.S. Army in 1947, but in 1949 he was refused permission to reenlist. According to his biographers, no official reason was given for his banishment, though his service in Spain apparently raised questions about his loyalty. Carter died on January 30 1963 in Los Angeles. Edward Allen Carter, Jr. was among seven African American servicemen whose actions in World War II were reviewed and whose decorations for valor were upgraded to our country's highest military award: the Congressional Medal of Honor. President Bill Clinton presented the award to Carter's family in 1996 and his body was buried in Arlington National Cemetery. In 2001 a merchant ship was named in his honor.