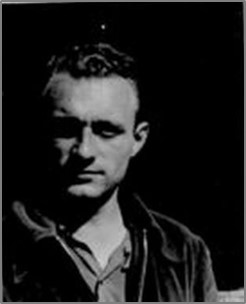 Schofs, Fred Jacob (Schofs, Gottfried; Schatz, Fred; Olsen, Fred); b. August 8, 1910, Munchen-Gladbach, Germany; German American; 2 years college; Single; Cook; CP 1936; Domicile 153 64th Street, NYC; Sailed April 7, 1937 aboard the Queen Mary; Arrived in Spain on April 19, 1937; Served with the XV Brigade, Washington Battalion, Estado Mayor, Cook transferred to Lincoln Battalion, Quartermaster; Lincoln-Washington Battalion, Chief of Kitchen; Rank Sargento; Served at Brunete, Quinto, Fuentes de Ebro, Teruel, the Retreats, and the Ebro Offensive; WIA May 18, 1938 and August 20, 1938 shrapnel; Forced to return to Germany; d. 1975, East Germany. Sources:  Pay (under Shafs, Fred); Washington; RGASPI; ALBA 056 Fred Schofs (Gottfried) Papers. Biography: Gottfried Jakob (Fred) Schofs was born on August 28, 1910 at München-Gladbach, Germany, the eldest of seven children. His parents were Jakob and Anna Schofs. His father was a socialist and initiated his son into politics. Schofs entered the Sozialistische Arbeiterjugend (SAJ = Young Socialist Workers) in 1926. He left Germany for the United States in 1928. He attended evening school at Philadelphia and worked as a cook in hotels and restaurants. After working briefly at the Abraham Lincoln Hotel in Reading, PA, he became a cook in at the Esplanade Hotel, New York City, in 1937. A member of the Communist Party USA, of the Hotel Employees and Restaurant Employees Union, and of the American League against War and Fascism (later American League for Peace and Democracy), he decided to join the American volunteers leaving for Spain. His decision was made stronger by the fact that his father, still in Germany, had been sent to a camp. Schofs crossed the French border through the Pyrenees and entered Spain on April 19, 1937. Working as a cook, he was promoted to Mess Sergeant on November 24, 1937. He also took part of the battles of Brunete, Aragon, Teruel and the Ebro offensive. He was wounded twice, the first time on May 10, 1938, the second time on October 20, 1938, both times from artillery barrage. He was injured in the head and arms. Staying on active duty until the retreat of the International Brigades, he left Spain in 1939. As he arrived in France he was arrested by the French police and sent to camp Saint-Cyprien from February 9, 1939 until the end of March 1939. Freed, he then worked as secretary of the Abraham Lincoln Committee at Le Havre. He was arrested again and sent back to a camp, first in Varimpre, then briefly near Lisieux, and finally near Bordeaux, from October 1939 until June 20, 1940. At that time, facing the advance of the German army, the authorities of the camp decided to free all the political refugees. Leaving Bordeaux, he went to Perpignan and worked at the prefecture, at the Service technique des camps, managing to elude the Gestapo. From time of the occupation of the south of France in November, 1942, he became involved in the French underground and took part in sabotage actions against the German army, along with two other International Brigades veterans. They were racked by the Gestapo, and Schofs was the only one of the three who escaped the arrest, fleeing across the border to Spain on December 6, 1943. Caught by the Spanish police on December 8th, he was sent to prison, first in Gerona, then in Saragossa, finally in Barcelona, and was eventually put in the Miranda de Ebro camp on January 11, 1944. As a prisoner there for more than two years, worked as a cook for the camp. Along with other German former International Brigaders and anti-fascists, he published a newspaper, Deutsche Nachrichten (German News) and tried to organize political discussions. The group was turned over to the Guardia Civil by other prisoners. Four prisoners of the camp who had fought with the Spanish Republic were sent to a prison in Madrid in February 1945. They eventually were freed, the last two in the spring of 1946. From December 1943, Schofs corresponded intensively with various authorities, trying to find a way out of Spain. At first, pretending to be an American citizen, he discussed with the American consulate in Spain a possible return to the United States. He had already made several applications to U.S. authorities since 1939. But the only result he got was receiving material aid from the Representation in Spain of the American Relief Organizations. By the end of summer 1944 Schofs had almost given up on returning to the U.S., and tried instead to get a visa to France. Yet, he remained unsuccessful until the end of 1945, when he decided to ask for a temporary stay in France, as first step toward a return to West Germany. He finally obtained his visa to France on January 21, 1946 and crossed the Spanish border on January 24th. He arrived at Frankfurt-am-Main on April 8, 1946, and lived there until his death in 1975. He was a member of the VVN (Vereinigung der Verfolgten des Nazisregimes = Union of Persecuted of the Nazi Regime) and was active in the Communist Party, Hessen, first as an adviser and then as an instructor. He traveled regularly to East Germany and Spain. He married Vicencia in 1967, and served as secretary of the German veterans of the Spanish Civil War until weakened by heart disease in his later years. A lifelong trade-unionist, he belonged to the ÖTV (Union of public Services Employees and Transport Employees) and later to the Union for Textile Employees in West Germany. -Courtesy of Tamiment Library, NYU. Photographs: Fred Schofs in Spain, RGASPI Fond 545, Opis 6, Delo 982; and. photograph from Harry Fisher web.site. 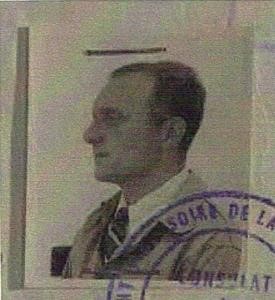