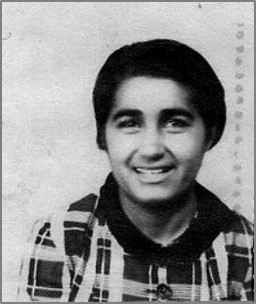 Bell, Hilda (Kirk; Roberts [married name]); b. December 21, 1915, Philadelphia, Pennsylvania; Nursing studies at the Jewish Hospital of Nursing 1930-33 and in Philadelphia, PA 1934-37; Single; Nurse; YCL March 1937; Received Passport# 414736 on May 17, 1937 which listed her address as 3017 West Fontaine Street, Philadelphia, Pennsylvania, and NYC; Sailed May 10, 1937 aboard the Normandie; Arrived in Spain on May 29, 1937, Served with the Republican Medical Service at University Hospital and Casa Roja Hospital both in Murcia; Later with an Autochir in the Aragon, and the Ebro Front with Dr. Friedman's unit; Hospital in Vich; Returned to the US on December 31, 1938 aboard the President Harding; WWII US Army Nursing Corps, Australia and New Guinea, with the rank of Lieutenant; Married 1945 Kristian V. Kirk (d. 1964) remarried Robert F. Roberts (1965); 1 child Theodore (Thor) Sand Kirk; d. September 23, 2009, California. Source: Sail; Scope of Soviet Activity; RGASPI; ALBA 197 Hilda Bell Roberts Papers; ARP Survey response. Code A Biography: Hilda Bell Roberts was born Hilda Bell in Philadelphia in 1915, graduating from the Jewish Hospital School of Nursing in 1937. She went to Spain in May of 1937 as a volunteer nurse with the Medical Bureau to Aid Spanish Democracy, sailing on the S.S. Normandie. In Spain she worked as a staff nurse in the operating room at the Universidad Hospital and the Cruz Roja Hospital in Murcia before transferring to the Aragon front. There she traveled with the autochir, a mobile hospital that set up surgical units in a variety of temporary locations, including an unused railway tunnel, a nut factory, and a mansion. Bell was evacuated from Spain in December 1938 along with other International Brigade volunteers. Bell served in World War II as a U.S. Army nurse in Australia and New Guinea. A nurse throughout her life, Bell also taught psychiatric nursing in San Francisco. She remained active in a range of social causes, including the anti-nuclear and ecology movements. She traveled to Nicaragua in 1986 with the Elders for Survival and participated in a weekly vigil to oppose Israel's occupation of the West Bank and Gaza. Bell returned to Spain with other International Brigades veterans in 1996. Bell married in 1945, changing her name to Hilda Bell Kirk, and remarried in 1965, becoming Hilda Bell Roberts. She had one son by her first marriage, and two stepsons. - Courtesy of Tamiment Library, NYU. Photographs: Hilda Bell in Spain, Fond 545, Opis 6, Delo 862 and passport photograph. Web. 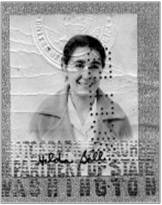