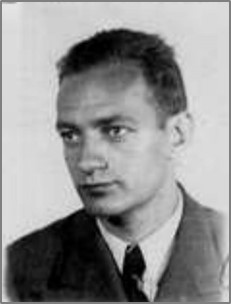 Bjoze, Jack P. (Goldstein, Jack Jerome), b. July 28, 1913, Poland (June 5, 1913, NYC; August 28, 1911), Polish, Jewish, AMB, Single, Teacher and Mechanical Engineer, YCL 1933 (1932) and CP November 1936 (CP 1933), Received Passport# 490745 on December 30, 1937 which listed his address as 216 West 22nd Street, NYC (2141 Honeywell Avenue, Bronx, New York), Arrived in Spain on February 1, 1936; Served with the XV BDE, Estado Mayor, Medical Services, Engineer, later to XV BDE, Lincoln BN, Jarama and Brunete; Returned to the U. S. on December 20, 1938 aboard the Ausonia; d. December 2005. Sources: Scope of Soviet Activity; Lincoln; Cadre (under Goldstein), RGASPI (under Goldstein), USSDA (under Goldstein, Jack) 2:0586,54:0948; ALBA 283 Jack Bjoze: Freedom of Information Act Files; FBI; L-W Tree Ancestry. Biography Jack Bjoze was an early volunteer in the Spanish Civil War, so early, in fact, that his group rode across the border into Spain by bus instead of having to cross the Pyrenees on foot. He was one of the original members of the Lincoln Battalion. According to Arthur Landis’ book, Bjoze’s efforts in keeping a steady supply of hot coffee at the front lines did wonders for morale over the long, cold trench vigil. In late 1937, he was asked by leaders of the International Brigades to recruit U.S. volunteers into a special guerrilla warfare training school outside of Barcelona. Among the men he chose was Morris Cohen, a friend from New York. Cohen later achieved notoriety as a Soviet spy during the Cold War. When Cohen left New York mysteriously in 1950, Bjoze became a target of FBI investigation and surveillance. His hopes to have a reunion with his old friend were thwarted by Cohen’s death in 1994. After the Spanish Civil War, Jack emerged as a leader of the VALB. During World War II, he spearheaded the effort to overturn the army’s discriminatory policies that prevented Lincoln vets from obtaining commissions as officers and overseas assignments. After he visited Washington, D.C., in 1943, to lobby Secretary of the Interior Harold Ickes and investigative journalist Drew Pearson, the War Department altered its policies. Soon afterward, Jack was drafted into the army, where his combat experience and training in Spain justified his exile to Alaska. Hounded by the FBI in the postwar years, he eventually ran a travel agency, a capacity from which he helped facilitate many Lincoln trips abroad for reunions or worthy causes. He did not always go into much detail when asked questions about Spain, occasionally preferring to use his warm but quiet smile as the disarming answer. In 1994 Jack was the lone Lincoln representative at the unveiling of the IB plaque in the cemetery of Morata de Tajuña on the Jarama battlefield. It was there that a memorable photograph was taken of him next to the renowned Spanish poet and friend of the International Brigades Rafael Alberti. Sitting at a table with similar white manes, they almost looked like twin brothers, so much so that at the 1996 Amigos homenaje, Jack was often referred to as “that Lincoln vet who looks so much like Alberti.” Both he and his family enjoyed the comparison. Jack Bjoze, Lincoln vet and executive secretary of the Veterans of the Abraham Lincoln Brigade during World War II, died in New York City in December 2005. —Robert Coale and Peter N. Carroll Photograph: Jack Bjoze, RGASPI Fond 545, Opis 6, Delo 899.; Jack Bjoze, April 26, 1997, by Richard Bermack. 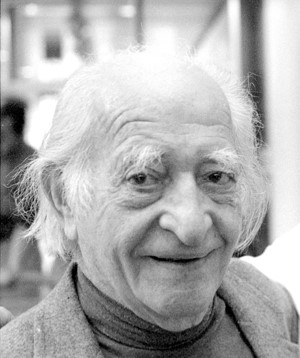