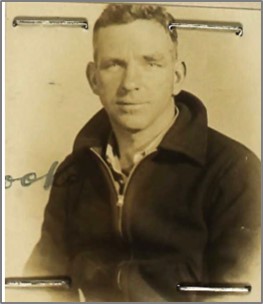 Crooks, Jimmy b. September 19, 1897, Lame, Ireland; To the US July 20, 1919; Naturalized July 31, 1934 through the District Court of the US in San Francisco; Married in Ireland to Mrs Jean Crooks, Strandview Road, Ballycastle, Ireland; Seaman; Sailed July 24, 1937 aboard the Britannic; Arrived in Spain via Agullana on August 7, 1937 [Additional notes with analysis by Hoff: He came to the US from Shanghai, China in 1923. He was a Consular special admission to the US. He came to the US from Ireland in 1926. He was a ship's engineer but he had an admission from the American Consul in Ireland. His support from the State Department is pretty remarkable. He came back to the US from some time in Russia in 1930 (perhaps going to the Lenin School) since he came back from Siberia through Seattle which was a route back for some of the Lenin School people. He came back giving a contact name of Jas. Stuart, 477 Brook Road, Milton MA] Source: Figueres List; RGASPI; Good Fight C; L-W Tree Ancestry. Code A1 Photograph: James Crooks from his 1935 Application for Seaman’s Service and Protection, L-W Tree Ancestry.
Birth Nation Ireland
Birth City (Overseas) Lame
Ship Britannic
Vocation 1 Seaman