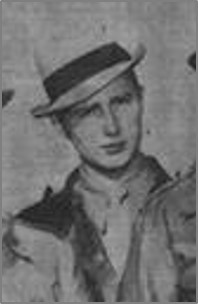 ALT POB Little Falls, Minnesota; Among a group of 22 volunteers arrested aboard the Spanish vessel Joven Teresa on June 20, 1937 when it was intercepted by the French aviso Granit near Port-Vendres