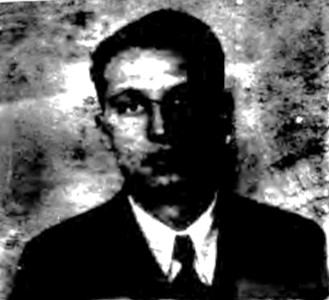 Kish, Leslie (real name Kiss, Vasile; Kish, Louis; Party names Nemeth, Paul, and Kende, Walter), b. July 27, 1910, Poprad-Fala, Czechoslovakia; Czechoslovakian (Hungarian), to the US March 1926 from Romania; Father Albert Kish (1878-1924), mother Serena Spiegel (1884-1975); Attended the City College of New York; Single; Biological Technician working as a laboratory assistant in the Rockefeller Institute for Medical Research; YCL April 1933 (1934), unit organizer, Union of Technical and Federation of Architects, Engineers, Chemist and Technicians (FAECT), National Student League; Received Passport# 366322 on February 9, 1937 which listed his address as 335 East 79th Street, NYC; Arrived in Spain on March 14, 1937; Served with the XIII BDE, Rakosi BN, April 12 to July 4, 1937; Served at Guadalajara and Huesca; WIA June 12, 1937 at Huesca, hit in heel, three weeks in Benicasim hospital (June 12 to July 4); Transferred to Artillery after recovery with the 11th Regiment, 2nd Group, 14th Battery (John Brown Battery), 155mm Guns; Served at Extramadura and Toledo, October 20, 1937 to October 21, 1938; Rank Sargento, promoted to Teniente; Returned to the US on February 4, 1939 aboard the President Harding; WWII US Army Air Corps, Meteorologist, rank Tech SGT, 1942-45; Worked at the University of Michigan as a professor; d. October 7, 2000, Ann Arbor, Michigan, body donated to science. Source: Scope of Soviet Activity; Cadre; RGASPI Fond 545, Opis 6, Delo 922, ll. 12-22; ARP survey response; (obituary) Mel Small, “Leslies Kish (1910-2000),” The Volunteer, Volume 23, No. 5, Winter 2001, p. 22; (obituary) online University of Michigan; L-W Tree Ancestry; Find-a-Grave # 72224133. Biography: Leslie Kish was an American statistician and survey methodologist of Hungarian descent. He fought in the International Brigade in the Spanish Civil War. His main work is the book Survey Sampling (1965), where he summarized and developed the current theory of sampling and survey design. He was also a noted teacher at the University of Michigan and on regular visits to the London School of Economics. Kish was born in Poprad, Slovakia; he arrived with his family in the USA in 1926 with an English vocabulary of approximately 300 words. In 1910, Poprad was part of the Austro-Hungarian Empire. Kish used to relate how, at various times throughout history, Poprad belonged to five different countries-an appropriate symbol of his life motivated by a love of people from all parts of the world. In 1925, his parents decided to migrate to the United States-together with hundreds of thousands of other Hungarians. As the great Hungarian poet Attila Jozsef put it: "one and a half million of our people staggered out to America. Within a year, his father died and Leslie became the principal wage earner in a five-person household. By 1929 he had secured full-time employment as a lab assistant at the Rockefeller Institute for Medical Research. One year later he finished Bay Ridge Evening High School and enrolled in the College of the City of New York evening program. He became a U.S. citizen in 1936. In 1937, with less than one college year left, Kish joined the International Brigades and went to Spain to fight for the Loyalists. He returned to the United States in 1939, and that same year received a B.S. in mathematics, cum laude, from the College of the City of New York. Kish was hired by the U.S. Bureau of the Census in 1940, and in 1941 moved to the Division of Program Surveys of the Department of Agriculture. From 1942 to 1945 he served as a meteorologist in the U.S. Army Air Corps. After the war he returned to the Department of Agriculture, but in 1947 moved to the University of Michigan as a member of the newly created Survey Research Center, which later became the Institute for Social Research (ISR). While working full time, Kish received an M.A. in mathematical statistics in 1948 and a Ph.D. in sociology in 1952. He became a lecturer at the University of Michigan in 1951, an Associate Professor in 1956, a professor in 1960 and professor emeritus in 1981. Photograph: Leslie Kish from his naturalization paperwork, photograph L-W Tree Ancestry.
Birth Nation Czechoslovakia
City Poprad-Fala
Education College/University 1 City College of New York
Education College/University 2 University of Michigan
Vocation 1 Biological Technician
Vocation 2 Professor
Party Affiliation CP
WW II Service US Army Air Corps
Wound in Action WIA June 12, 1937