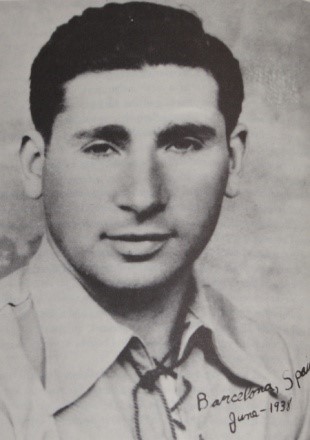 Felsen, Milton b. February 2, 1912, Brooklyn, New York; Jewish; University of Iowa; Single; Student; CP 1934, Unit Organizer, YCL 1935; Received Passport# 379024 on March 26, 1937 which listed his address as 2448 East 24th Street, Brooklyn, New York; Sailed March 31, 1937 aboard the President Harding; Arrived in Spain on April 23, (May 5) 1937; Served with the XV BDE, Washington BN, Co. 4 (MG Co.), Section 2; WIA Brunete; First Evacuation Group, Ambulance Driver; Served at Brunete and the Ebro Offensive; Returned to the US on December 20, 1938 aboard the Ausonia; WWII Office of Strategic Services (OSS), Airborne Training; Captured in North Africa; POW for the remainder of the war; d. April 8, 2005, Sarasota, Florida. Sources: Sail; Scope of Soviet Activity; Cadre; Washington; RGASPI; ALBA 233 Milton Felsen Papers; Iowa Research; (obituary) Robert Coale, “Milt Felsen, 1912-2005,” The Volunteer, Volume 27, No. 2, June 2005, p. 20;  Milt Felson, The Anti-Warrior, University of Iowa Press, 1989; L-W Tree Ancestry.   Code A Obituary: Born in New York City, Milt Felsen left the University of Iowa in his senior year to go to Spain in May of 1937. He served as a machine gunner in the Lincoln battalion and was wounded at Brunete. Upon release from the hospital, he spent the rest of the war as an ambulance driver. In World War Two, Felsen joined the Office of Strategic Services with other Lincoln veterans. Wounded and taken prisoner in North Africa, he spent two years in prisoner of war camps in Italy and Germany. Felsen’s memoir of childhood and the war years, The Anti-Warrior, was published by the University of Iowa in 1989. It is one of the few autobiographies by Lincoln veterans. It is a great read. Milt accomplished many things in peacetime. After the war, he worked for film-related labor unions in New York. In 1960 he ran the East Coast office of the Directors Guild of America. He served on its board for 30 years. He was an associate producer of Saturday Night Fever, the John Travolta film that launched the disco era. His independent producing credits included The Bell Jar and The Directors, a television documentary series. Milt retired to Sarasota, Florida, where he kept in touch with film and theater. Over his busy career, Milt Felsen was staunchly loyal to the Lincolns. He participated in reunions as well as trips to Spain, where his good humor was always appreciated. He will be sorely missed by those who had the good fortune of knowing him. The unassuming and soft-spoken brigadista Milt Felsen passed away on April 8, 2005, in Florida. His wife, Lois Bennett, said of him, “Milt was a sweet guy and a tough guy. Life with him was so much fun.” - Robert Coale Photograph: Milt Felson, Barcelona, Spain, June 1938. Photograph Milt Felson.; Milt Felsen, by Richard Bermack. 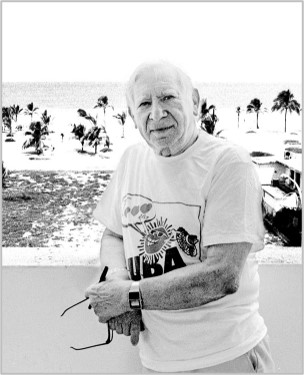