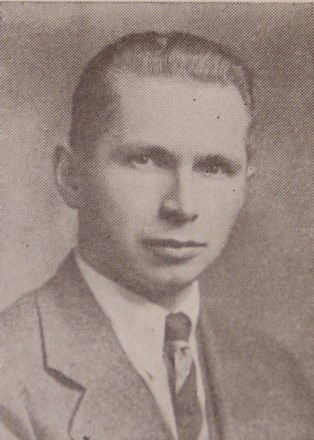 Mito Kruth was born December 24, 1899 in Finland to Mathilda and Frank Kruth. When Mito was 12, his family moved from Finland to the United States and settled in Brooklyn. Much of the correspondence in this collection consists of letters exchanged between the Mito Kruth and his wife, Helen, who were often separated by their travels. The date of their marriage is uncertain, but by 1937-38 she was using the name Helen Kruth. Mito worked as an organizer for the Communist Party in Ironwood, Michigan and Superior, Wisconsin in the mid-1930s. He set sail for Europe in March of 1937 to volunteer in the Spanish Civil War. He first served in the Washington Battalion and later in the Abraham Lincoln Battalion. During his time in Spain, he suffered a gun-shot wound to the leg and was hospitalized for several months. Upon his return from Spain, he continued to do Communist Party work in the Upper Peninsula of Michigan and in Wisconsin. Mito and Helen traveled extensively overseas. In the late 1940s, Mito bought land in Trumansburg, New York and worked as a farmer. His letters illustrate his commitment to the Communist Party as well as his strong ties to Finnish-American communities in the Midwest and in New York. The date of Mito Kruth's death is not known, but in the mid- or late 1970s Helen married George Leiviska, another veteran of the Lincoln Brigade. The couple resided for some years in Minneapolis. George Leiviska died in 1982. -courtesy of Tamiment Library, NYU.