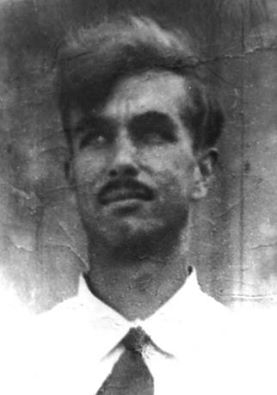 Veltfort, Theodore Ernest, Jr. (Veltfert); b. February 29, 1915, Cambridge, Massachusetts; father T. Veltfort, mother H. G. Veltfort; Attended Princeton for two years and Swarthmore; Single; Student and Radio Technician; YCL and CP 1936, American Student Union, Federation of Architects, Engineers, Chemists, and Technicians (FAECT) CIO; Received Passport# 441732 on June 14, 1937 which listed his address as Campo Parkway, 28 Dogwood Lane, Westport, Connecticut (416 E. 4th, Chester, Pennsylvania); Arrived in Spain via Setcases on July 5, 1937; Served with the Albacete Auto Park, driver; August 1, 1937 to 45th Division Servicio Sanitario; October 15, 1937 to XV BDE, Sanidad, Ambulance Driver, Transferred to 15th Army Corps Servicio Sanitario Comania Motorizida on September 9, 1938, driver; Rank Soldado; Served at Aragon, Funetes de Ebro, Teruel, Retreats, and Ebro Offensive; In hospital Villa Paz-Castillejo December 4-28, 1937 for Grippe and Jaundice; October 22, 1938 to Vich; Returned to the US on December 20, 1938 aboard the Ausonia; WWII US Army Air Service, enlisted August 27, 1942; d. April 7, 2008, Oakland, California; Spoke some Spanish and German. Sources: Figueres List; RGASPI Fond 545, Opis 6, Delo 1006, ll. 4-9; Scope of Soviet Activity; Cadre (under Veltford); Pay (under Veltfert); USSDA 2:1004, 61:0295; (obituary) Peter N. Carroll, “Theodore ‘Ted’ Veltfort, 1915-2008,” The Volunteer, Volume 25, No. 2, June 2008, p. 20; L-W Tree Ancestry. Code A Biography Ted Veltfort, who drove ambulances in the Spanish Civil War and later drew on that experience to propose sending ambulances to the Sandinistas in Nicaragua during the contra war of the 1980s, died at the age of 93 on April 7, 2008. The son of a New England businessman and a church-going mother, Veltfort passed through a conventional, middle-class education, picking up Christian socialist principles on his own. Such opinions showed in his freshman year at Princeton when, instead of attending compulsory church services, Ted rebelled by joining an alternative political discussion club that focused on the issues of the Depression, socialism, the Soviet Union, and communism. In his second year, influenced by the university’s star physicist, Albert Einstein, Ted helped establish the Princeton Anti-War Society. Off campus, he mingled with the town’s black community, which included the family of Paul Robeson. By his third year, Ted transferred to the more liberal Swarthmore College, continuing to major in physics, but devoting more time to leftwing politics. Indeed, he spent so much time involved in organizing protests, he decided to quit school altogether. By then, the Spanish Civil War had begun. After one of his Swarthmore classmates was killed at Jarama, Ted decided to volunteer. Arriving in Spain on July 4, 1937, he began driving ambulances, seeing action on the Aragon front and at Teruel, as well as in the later engagements of 1938. After his return to the U.S., Ted completed his undergraduate education at Columbia University. During World War II, he served in the Army Air Corps, but his links to Spain and the left limited options for overseas service. Ted later earned a Master’s degree from Stanford University in engineering, but the FBI’s anti-communist investigations put him on an employment blacklist. Ted was obliged to become self-employed in the field of radio technology. Limited employment and disillusionment with U.S. politics prompted Ted to take an opportunity to work in the emerging electronics industry in Fidel Castro’s Cuba. He lived there between 1962 and 1968, teaching electronics and applied physics at the University of Havana. After returning to California, Ted remained politically active in the Bay Area VALB. When President Ronald Reagan ordered an embargo against Nicaragua, permitting only trade of humanitarian and medical aid, Ted proposed that VALB undertake the kind of work that had helped the Spanish Republic 50 years earlier: purchase ambulances for the elected government. The idea became a national project as the VALB raised over $300,000, becoming one of the largest ambulance suppliers to Nicaragua. Ted remained the corresponding secretary of VALB, keeping in touch with friends and colleagues around the world. He had expected to attend the monument ceremonies, but by then his health was gone. “Spain started me out in learning about the world,” he said. “For me Spain was an apprenticeship in the real world.” - Peter Carroll Photograph: RGASPI Fond 545, Opis 6, Delo 1006.; Ted Veltfort, by Richard Bermack. 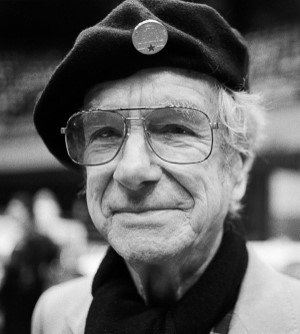