They Still Draw Pictures: Children’s Art in Wartime from the Spanish Civil War to Kosovo, curated by Anthony Geist and Peter Carroll, consists of 49 drawings created by Spanish refugee children and 23 children’s drawings from other wars, including World War II, Bosnia, Kosovo, Chiapas, and other military confrontations. The exhibit also contains eight archival photographs, including four by Robert Capa, and accompanying wall text. 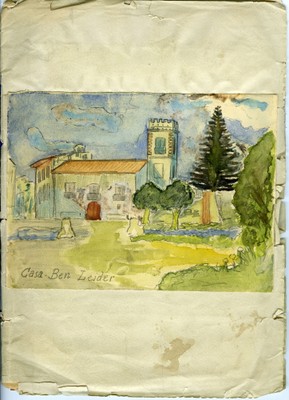 United States:
The complete version of They Still Draw Pictures consists of 49 drawings created by Spanish refugee children and 23 children’s drawings from other wars, all largely in facsimile, including World War II, Bosnia, Kosovo, Chiapas, and other military confrontations. The exhibit also contains eight archival photographs, including four by Robert Capa, and accompanying wall text. All pieces are framed and ready to mount. Requirements: 180-200 linear feet.

The unframed version of the exhibit, suitable for display in document cases, consists of the 49 drawings created by Spanish refugee children, plus wall text ready for printing in the format preferred by the venue. It also includes mounted, poster-sized reproductions of the eight archival photos, including four by Robert Capa.

Subjects include:
Life Before the War
War
Evacuation
Life in Camps and Colonies
Life After the War

Camps and Colonies by Dorothy Parker 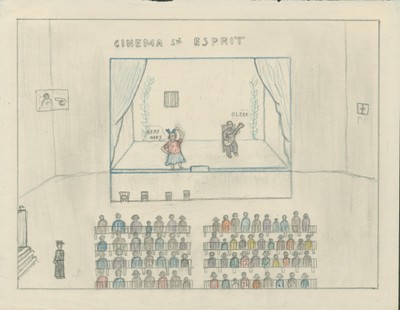 Dorothy Parker, “No Axe to Grind,” Volunteer for Liberty (November, 1937)

“I have seen some of the colonies. There is no dreadful orphan asylum quality about them. I never saw finer children – free and growing and happy. One colony was in a sea-side resort, near Valencia. There were sixty children, from four to fourteen, who had been going to a school in Madrid. And the fascist planes bombed the school…”

“It was amazing to see how many of these children could draw and draw well-and it was heartening to see how their talent was encouraged by the teachers. When they first came to the colony, the children drew the thing that were nearest and deepest to them-they drew planes and bursting bombs and houses in flames. You could see by the dreadful perfection on detail, how well they knew their subjects. Now they are drawing flowers and apples and sail boats and little houses with smoke coming out of the chimneys. They are well children now.”