ALBA Workshops for Everyone: Hemingway, the Spanish Civil War, and the Lincoln Brigade

ALBA Workshops for Everyone

Ernest Hemingway, the Lincoln Brigade, and the Spanish Civil War 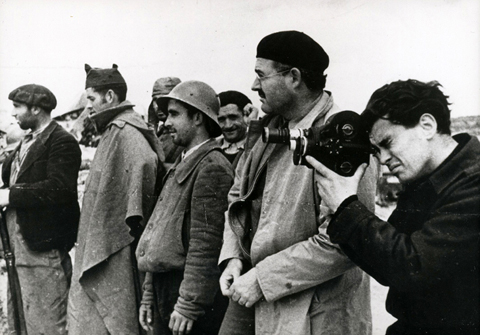 Thanks for signing up for this workshop. We are looking forward to spending some time with you on Zoom. To facilitate our discussion, we’ve divided the topic into three parts. We’ve prepared some readings and viewings for each, as well as some options for further reading and viewing should you have time. You are also invited to pose any questions you’d like to discuss in advance of our meeting, through this Google form. Please post your questions by November 16.

One could argue that Hemingway’s interest in the Spanish Civil War was—initially at least—driven more by his love of the country and its people (in a word, his Hispanophilia) than by his politics. The volunteers of the Lincoln Brigade, on the other hand, were politically driven but often less knowledgeable about Spain. How did the war change Hemingway’s politics and the Lincolns’ relationship to Spain?

Part 2: For Whom the Bell Tolls, the novel and film, as a flawed representation of the Spanish Civil War

For several generations of Americans, the image they held of the Spanish Civil War was shaped by Hemingway’s bestselling Spanish Civil War novel and its blockbuster Hollywood version (starring Ingrid Bergman and Gary Cooper). The Lincolns did not like the novel particularly; and Hemingway had his own issues with the movie script. Do the novel and the movie have any redeeming value? What did it mean to tell the story of the Spanish Republic’s fight against fascism before and after the US entered World War II, or during the Cold War?

Part 3: Hemingway, Spain, and the Homefront

Martha Gellhorn and Hemingway were involved in the effort to convince the Roosevelt administration to intervene on behalf of the Spanish Republic. A key moment occurred when both were invited to the White House to screen The Spanish Earth, the documentary directed by the Dutch filmmaker Joris Ivens for which Hemingway wrote the script and did the voice-over (after rejecting Orson Welles’s narration for sounding too pompous). What can we learn from the film about Roosevelt’s stance on intervention vs. non-intervention, the role of women journalists, and the nature of political documentaries?